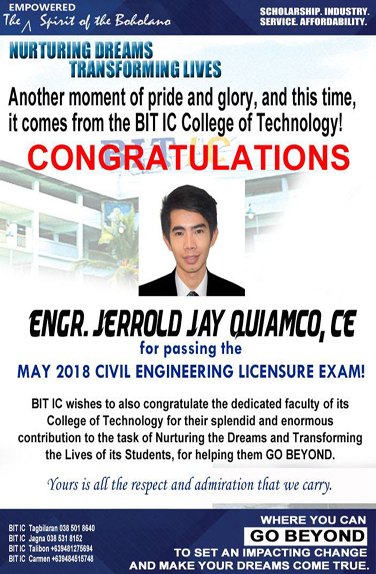 Another moment of pride and glory, and this time, it comes from the BIT IC College of Technology!

BIT IC wishes to also congratulate the dedicated faculty of its College of Technology for their splendid and enormous contribution to the task of Nurturing the Dreams and Transforming the Lives of its Students, for helping them GO BEYOND.

Yours is all the respect and admiration that we carry. 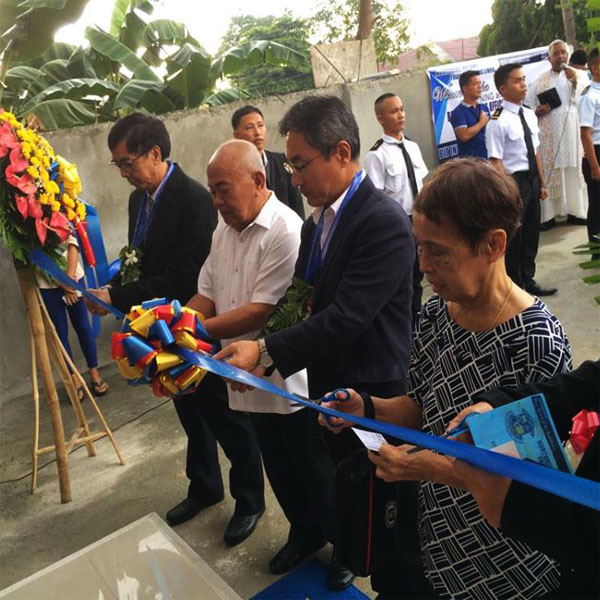 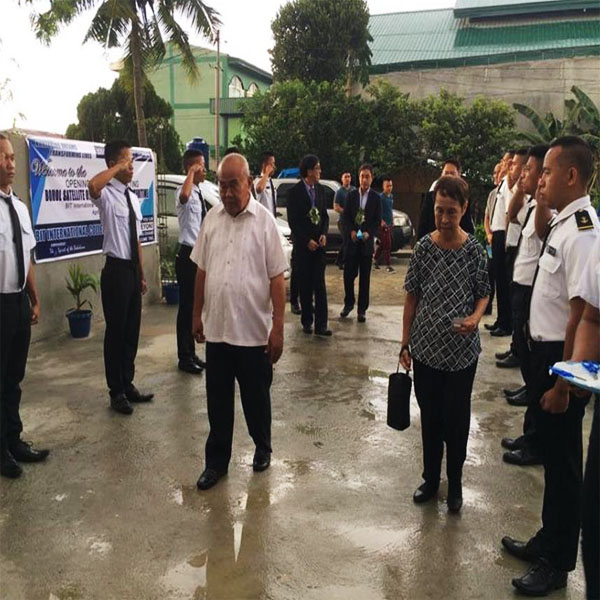 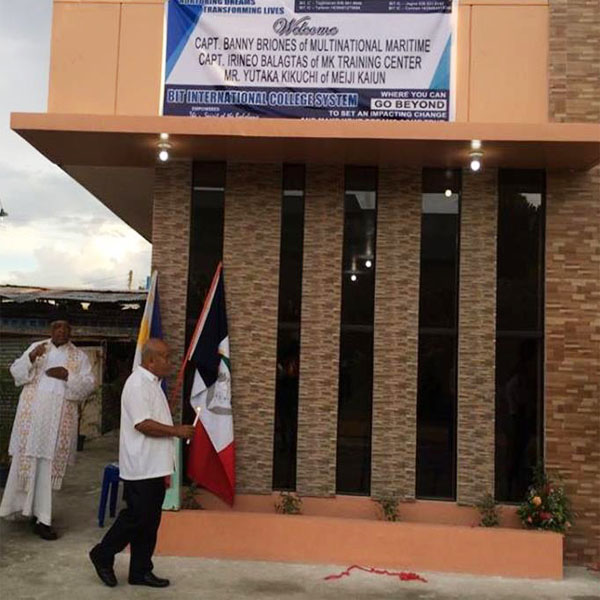 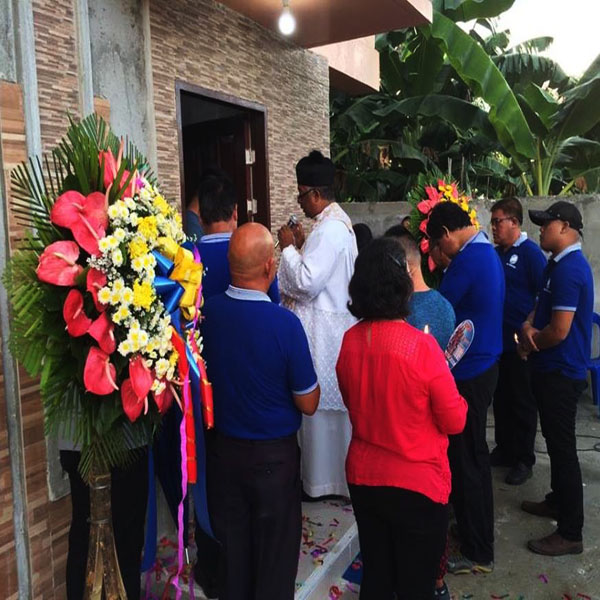 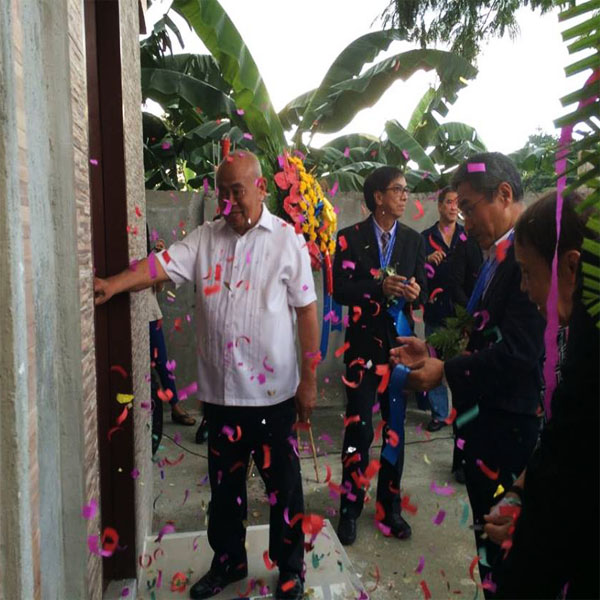 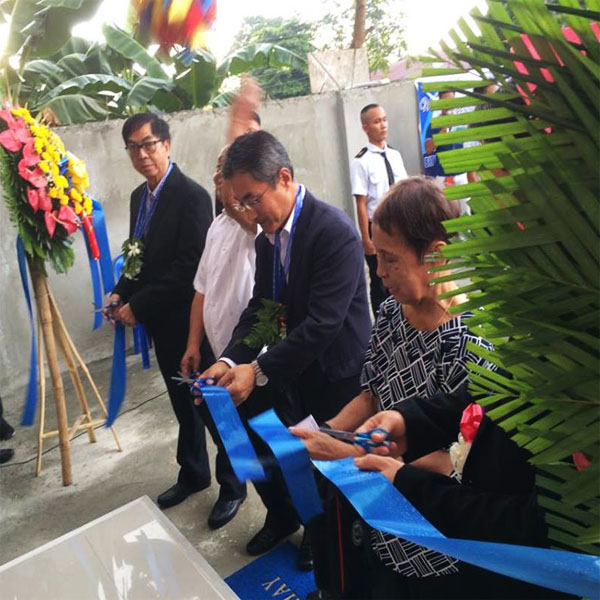 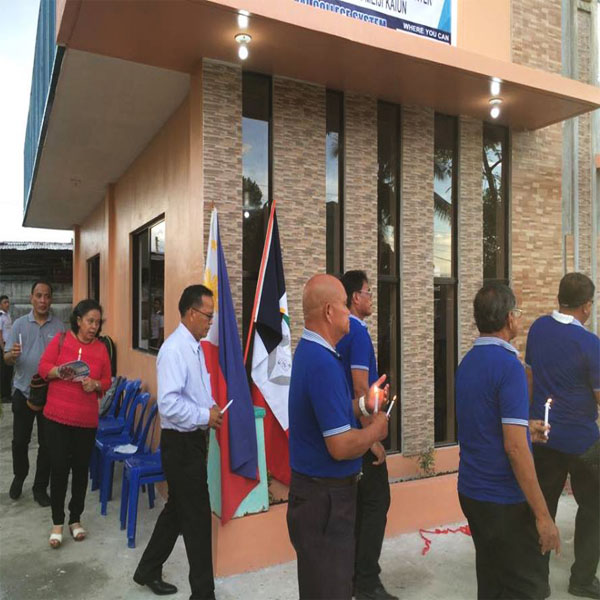 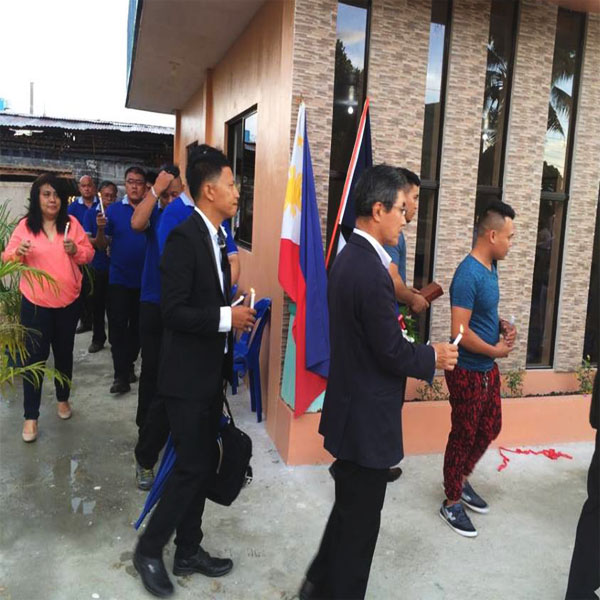 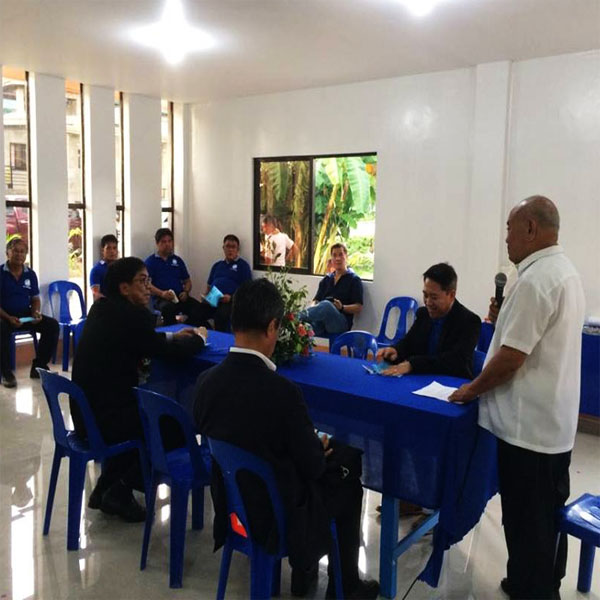 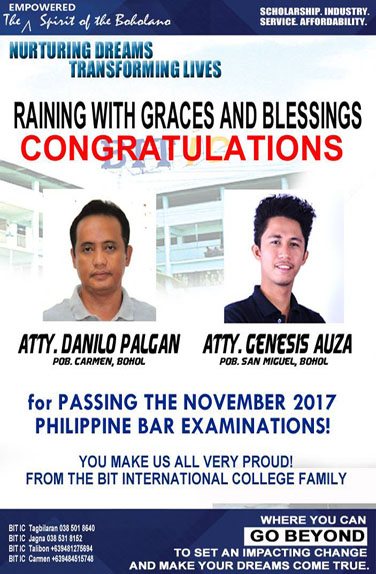 Even in this heat, at BIT International College, it rains with graces and blessings from the Most High.

You make us even more proud here at BIT International College where DREAMS ARE NURTURED  and LIVES ARE TRANSFORMED. WHERE PEOPLE GO BEYOND. To all Honor Graduates of ANY college degree who wish to pursue a Bachelor of Laws at BIT International College, here is THE MUCH AWAITED FANTASTIC NEWS FOR YOU. YOU WILL ENJOY THE FOLLOWING DISCOUNTED TUITION FEE PRIVILEGES, STARTING SCHOOL YEAR 2018-2019.

Presentation of your diploma and TOR will be required upon registration.

For Grade 12 students moving up to college, there will be NO Bridging Program. You will all need to take a diagnostic test however to determine your academic inclinations.